Architects and engineers have designed many clever ways to support the walls and roof of a building.  In ancient Greece, the most common supports were columns.  For a column to work properly, it must withstand the force of compression created by the weight of the building above it.  Nearly all Greek columns had circular cross sections.  Did they select this geometry because they preferred the appearance or was the reason practical and functional?

Activity: Testing the Shape of a Column

Fold a piece of standard typing paper along lines as shown below: 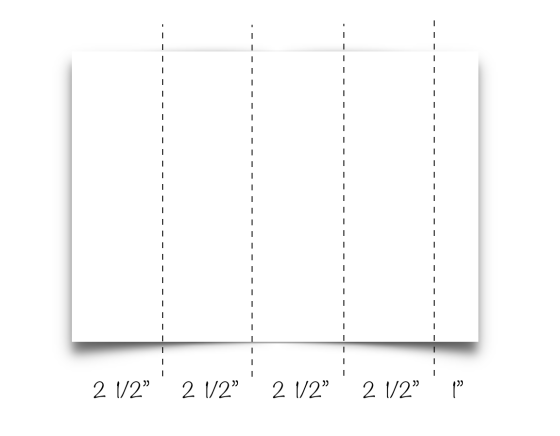 Fold into the shape of a square, so that the 1” tab overlaps the first panel.  Tape along entire seam and stand on open end to create the “Square Column.”  Set aside.

Fold the second piece of paper along lines as shown below and cut off the portion of paper as indicated:

Fold the paper into the shape of a triangle so that the 1” tab overlaps the first panel.  Tape along entire seam and stand on open end to create the “Triangle Column.”  Set next to completed “Square Column.”

Using the third sheet of paper, draw lines at 8” and 9” from one end as shown below:

Cut along 9” line, then roll into tube so that 1” of the paper overlaps, aligning the end with the 8” line.  Tape along the entire seam.  This is the “Circular Column.”

Stand each column up so that the open cross section end is flat on the table.  (Make sure each column “bottom” is even so that the column stands steadily.)  Starting with the Square Column, gently place one wooden block on top of the column and observe what happens.  Add additional blocks one at a time until the column collapses under the weight.  Record the number of blocks that the column successfully supported BEFORE it collapsed.  Repeat this procedure with the triangular column, and finally the circular column. 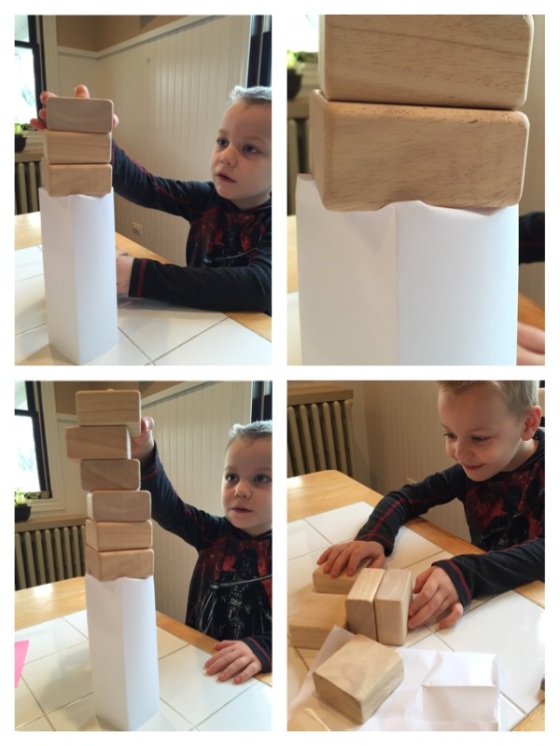 Triangular column looks like it will hold more, but collapses when a side bends.

Circular column holds all of our blocks with no signs of distress!

Which column supported the greatest number of blocks?

Which column was the second strongest?

What happened to the weaker columns right before they collapsed?

Which column provides the best support against compression?

Columns that are the same size and made from the same material can perform very differently based on their shape and design.  When an object is compressed (a load is placed on top), it is under stress and begins to bend.  The column gets shorter and wider.  While forces are even throughout the circular column, the angular shapes of both the square and triangular columns do not allow the forces to flow evenly in every direction.  This causes areas of weakness as the load increases.  Once the stress of compression is too great, the column will fail along these weakness points.  Right before the column fails, it usually starts to twist and bend.  A column with a circular cross section has no sharp angles so as compression increases, the internal forces are spread evenly throughout the column and it takes more force (or load) for this column to fail.  A circular cross-section provides the most support against the force of compression.

Now that you’ve studied compression in columns, how about learning about tension in trusses?  Continue learning about structural forces by building and testing the strength of Paper Bridges!  Sneak peak images below! 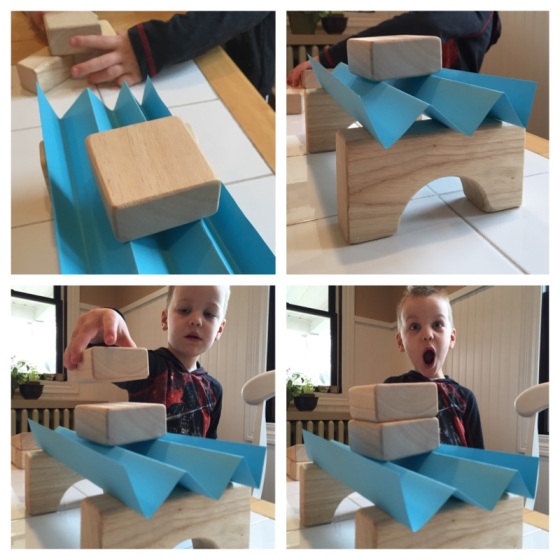 Looking for even more architecture and engineering projects for young designers like the projects shown below?

For more entertaining and engaging building activities that test the strength of geometric shapes (preview images above), check out the following posts:

Looking for more than just a bridge and hoping to build your own tiny houses (like those shown above (bottom center)?  See Introduction to Architectural Model Making.

For a fun hands-on group activity with children of all ages, grab some friends and act out multiple structures while really feeling forces in action with Architecture Body Building!

And, you can’t go wrong with these great Architecture and Construction Storybooks.